Santa's Been Hitting The Eggnog 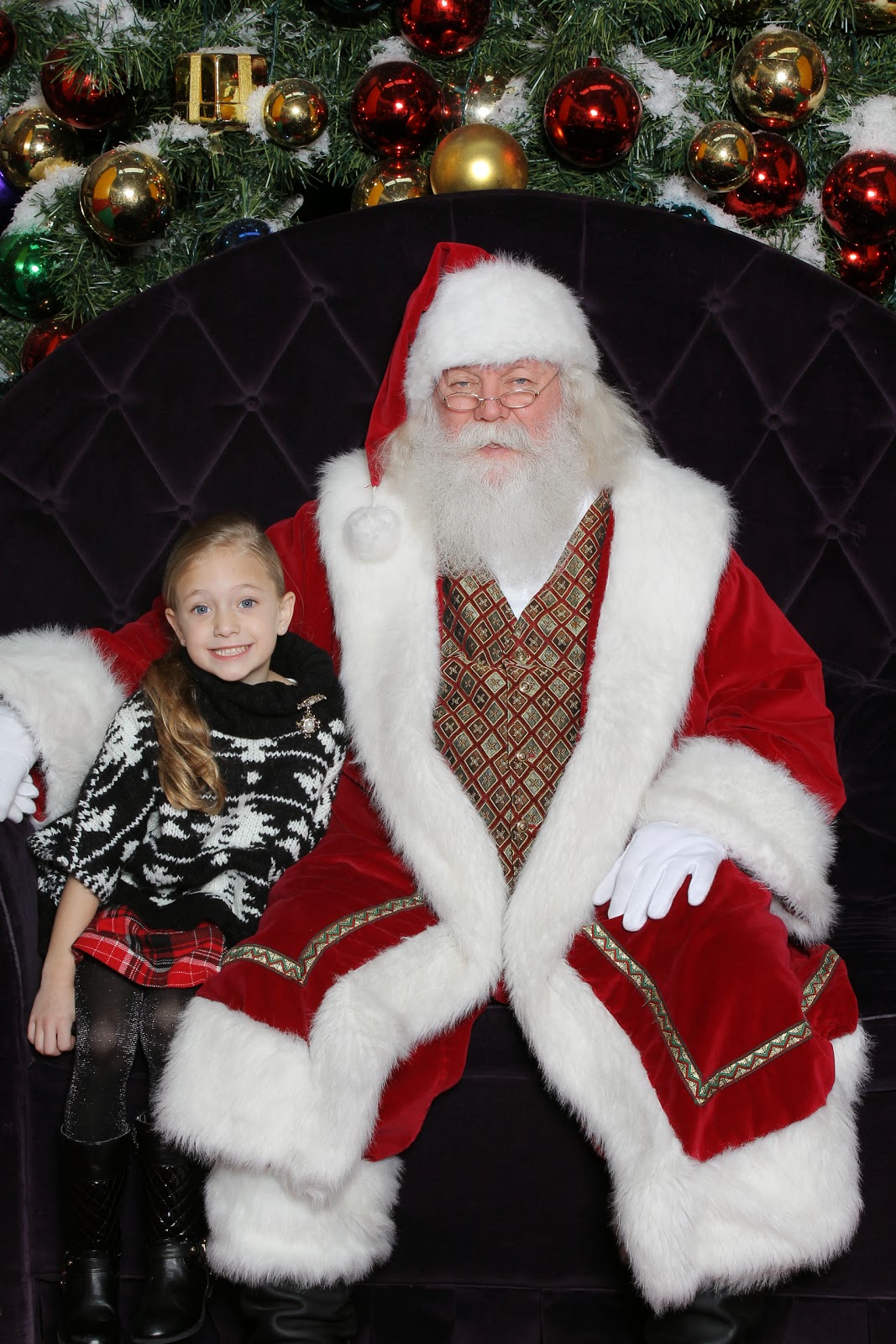 'Tis the season where daddy and papa do everything in their power to prevent Kensington from running into imposter Santa's. That has meant distracting her while in various malls, excluding her from the class picture with Santa and ditching community functions prior to K-Kringle entering the room. Kensi is very observant - she can spot the tiniest flaw in anything. Seeing a Santa that is different from the one whose lap she's sat on for four years would stir up questions that Papa isn't ready to answer.

You see, the one thing we don't do is lie to Kensington. Ever.  So this year when the question came, I got a lump in my throat.

Seeing the Santa across the parking lot, I now understand why I got the question. 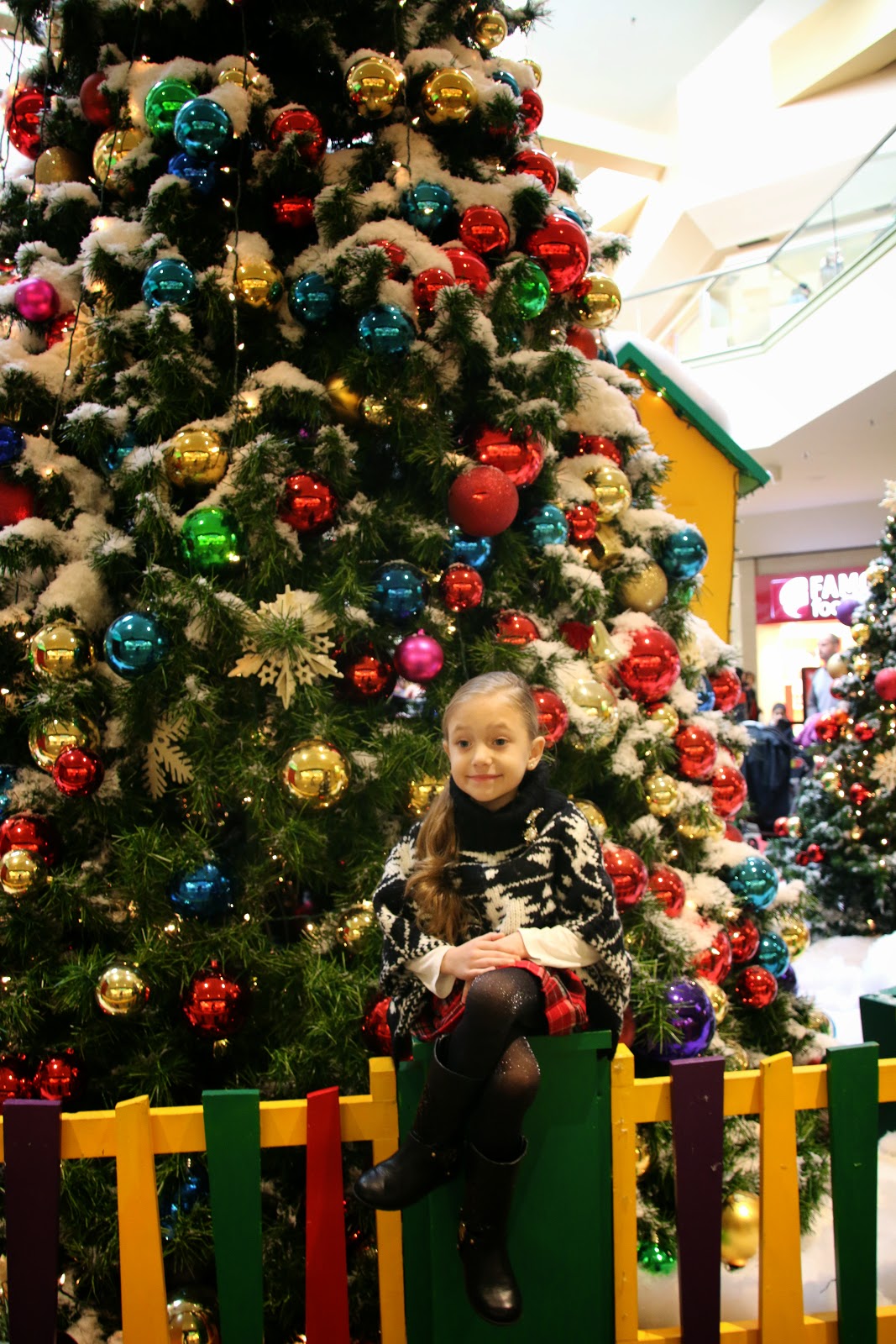 P: No, Kensi, that man over there is not Santa Claus. He's just dressed up to be festive. You'll see many people dressed up this month as Santa. Remember a couple months ago when it was Halloween and everyone in your class dressed up and you had 32 Elsa's in your school. It was pretend. There can't be 32 Elsa's, can there be?

This seemed to stop the questioning and she moved on to tell me that yes, she did indeed want a treat from the store.

But then today I got the question again, but it was different. It was from her heart. As we waited in line for almost an hour to see Father Christmas, she grabbed my hand, looked up at me and quietly asked, "Papa, is he the real Santa?" 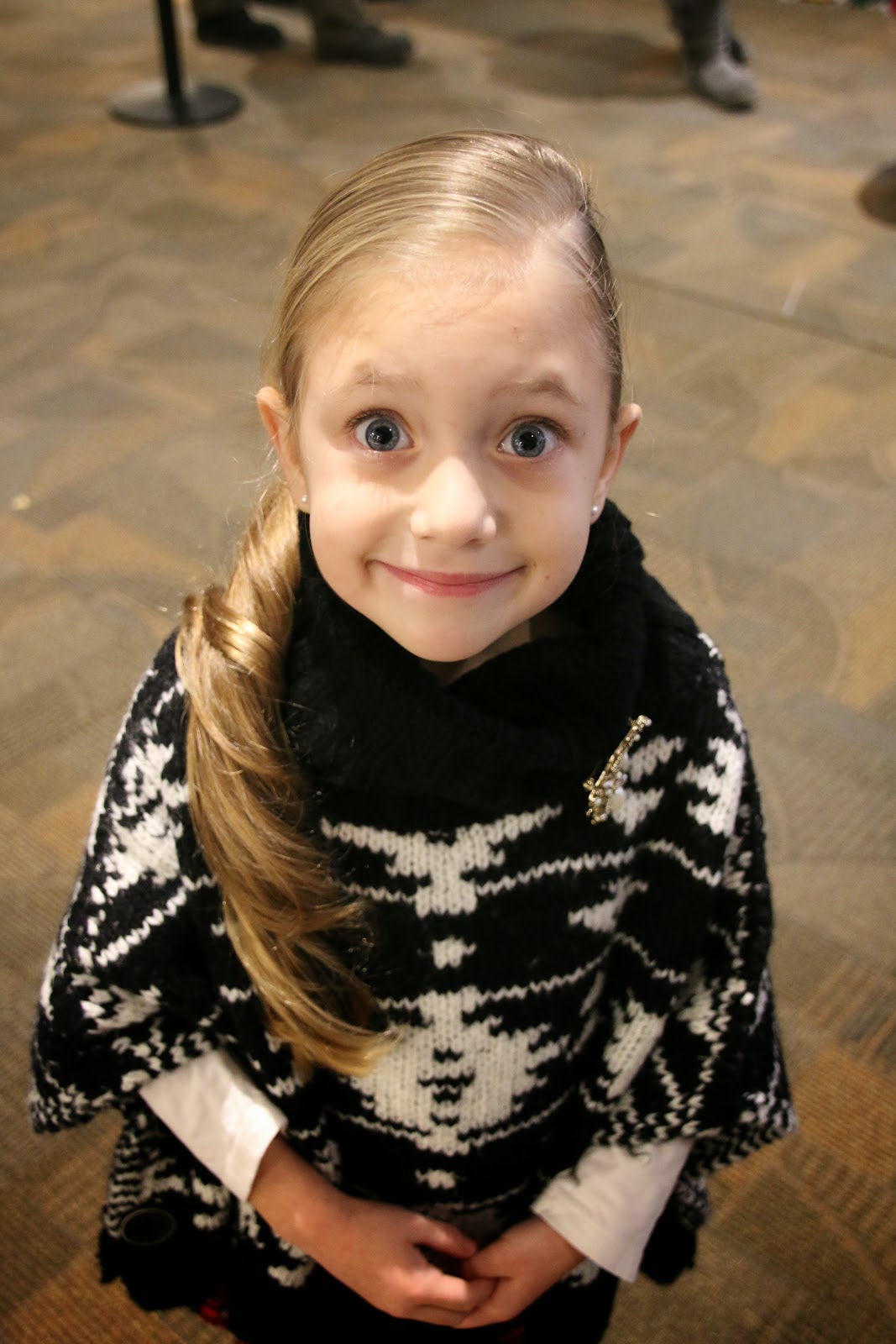 I knelt down and gave my little munchkin a hug, propped her on my knee, and pointed into his direction. "Baby, every year you come here and you sit on Santa's lap. Look into his eyes, that's the Santa you ask for special presents and every year you get what you've asked for. I believe in him. I believe he's magical and if you want to believe in him with me, then we can go and tell him you've been a very good girl and you can tell him the three things you'd like to receive this year."

With that, she grabbed my hand and shook it and said, "deal."

She went up to Santa, told him that she's been a very good girl this year and would like a locket, a pogo stick that is just her size so she can't fall off of it, and a nutcracker. He leaned into her, took his gloved finger and tipped her nose, and gave her a wink. When she came back over to me, she motioned for me to bend over so she could say something and she whispered, "He is real papa, I know it." 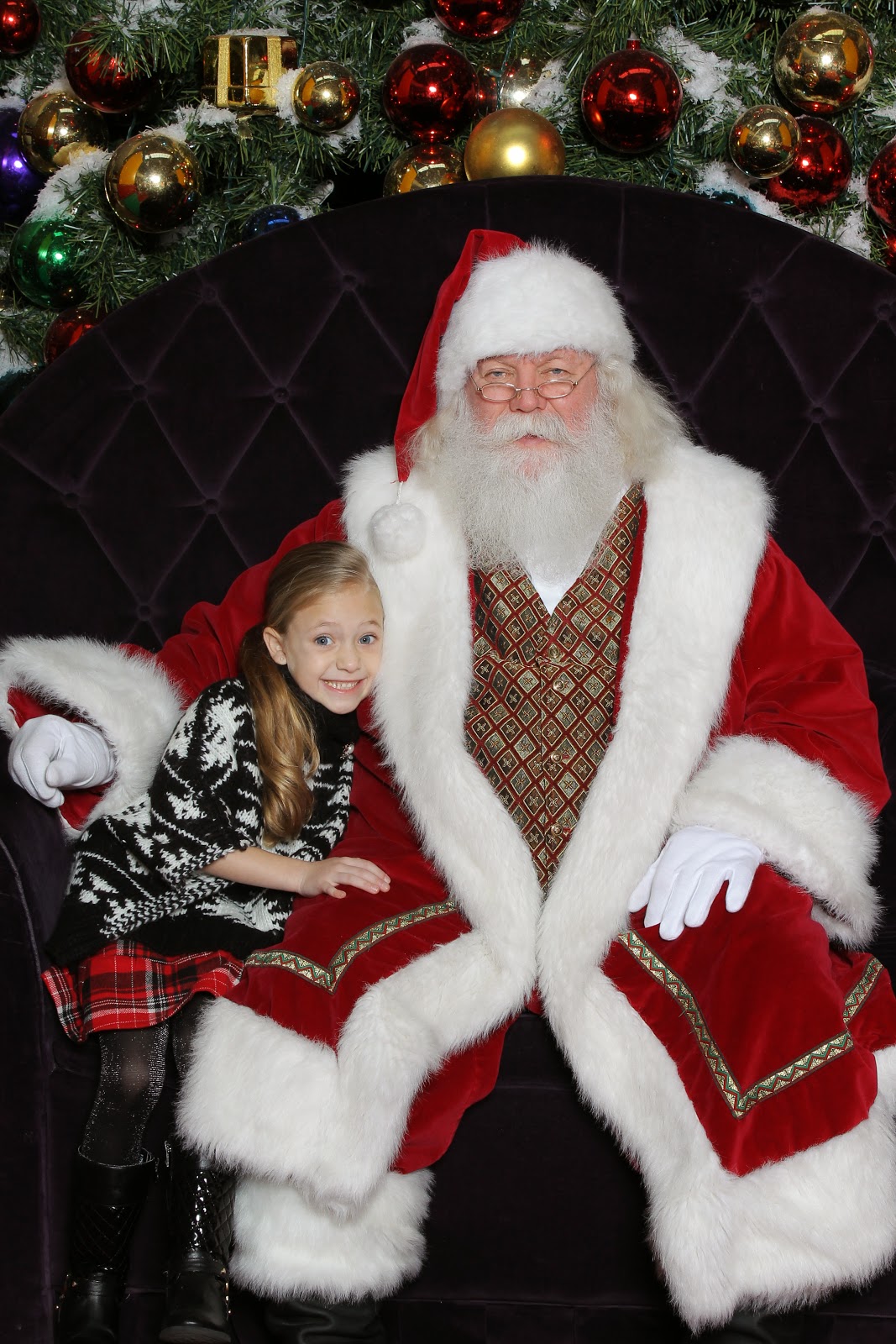 Unfortunately,  it looked like Santa had hit the eggnog pretty hard last night by the looks of the picture. In each one that we took, it seemed like he'd been out all night with Blizten. Don't get me wrong, I'm not judging him. That reindeer has drank me under the table a couple times myself! 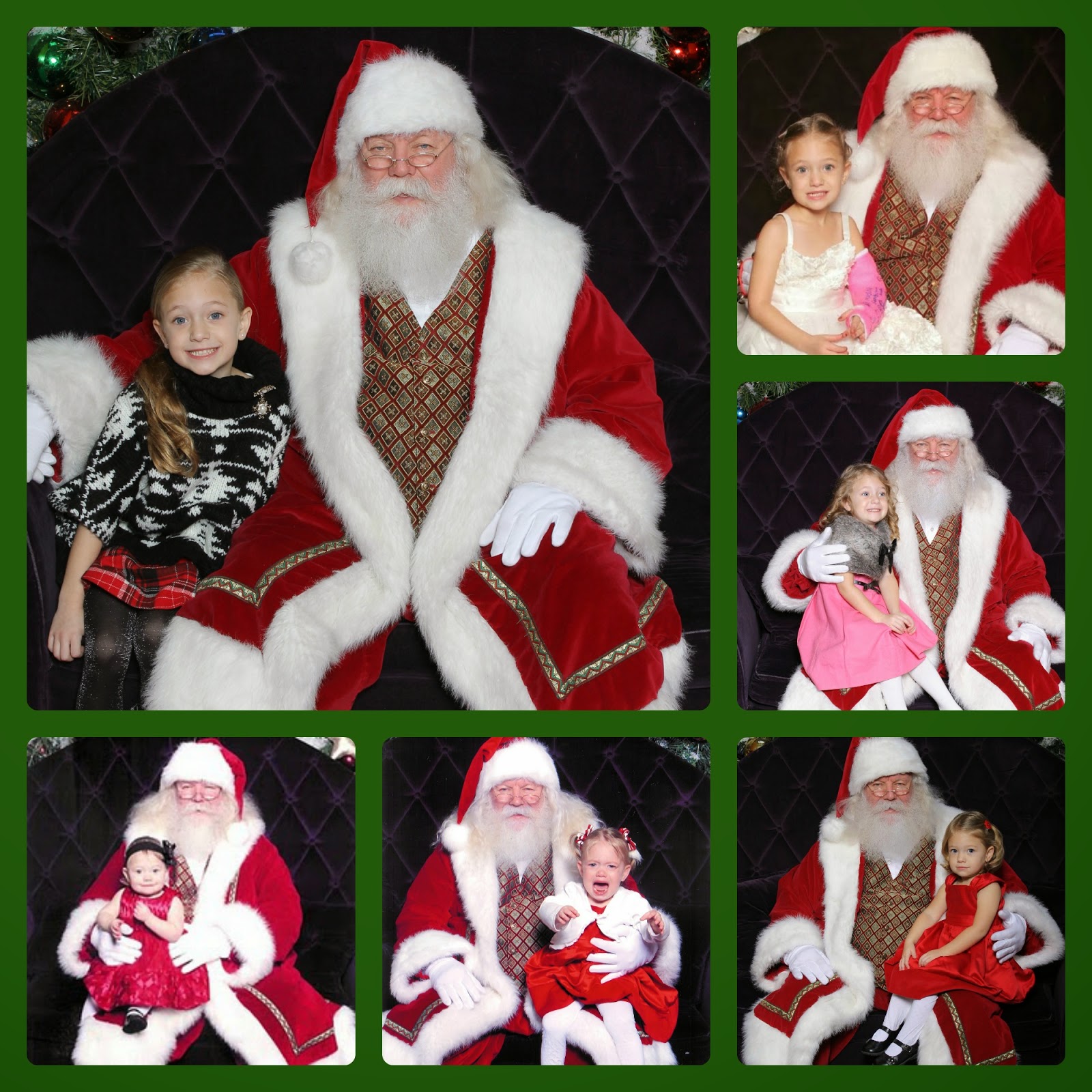 Love the way you handled this! I'm 53 and I still believe his is magic also. I remember when my daughter was 9 she said to me, 3 days before Chirstmas, "Mom I know that you are Santa and I just want to give you a big kiss and thank you for all the wonderful gifts you helped Santa bring me every year". I just sat there as a single tear ran down my cheek...she looked at me and said, but even though I know you are Santa, that does not mean we can't still believe. Santa still brings her something special and she is 27 and a mom herself.

Do you really never, EVER lie to her? My 8 year old cousin, with whom I have a very special friendship and a love I feel could not be deeper if he were my own, has been asking a lot of questions lately. We recently had an extremely untimely, shocking death of my aunt/his grandmother at age 50...and I have been diagnosed with a third recurrence of a disastrously large tumor. He's asking why, if "God loves us" and why, if Santa is real, couldn't either of them save grandma or fix me. Life is so hard and innocence is so fleeting...I don't want to tell him "it's because God is as much a myth as Santa's elves and life is downhill from 5th grade".

But I don't want to lie to him, either. He is getting less and less prone to redirection and I have a feeling when I arrive tomorrow, he will ask some hard questions of me during my ten days there. Questions I can no longer divert simply by saying "look at this kitty I saw on buzzfeed!"

I'm feeling sad and not Christmassy at all. In fact I feel quite Grinchful. (Pre heart growing three sizes grinch)

How do you not lie to a child this age...and also not completely shred the last vestiges of innocence they have regarding the world basically being a good place filled with kind people? I really thought I would have more time before I had to tell him about poachers, thieves, and republicans.

And all this on top of, if we DO manage to keep Santa "intact" one more Christmas, him asking why he didn't get the one thing he asked Santa for. Being straight with him and saying "baby, Santa can't afford a $139 Lego set AND Christmas dinner" just seems cruel. I already tried telling him the North Pole was "out" of these sets but he told me to "email Santa that you could find it on amazon". Oy vey.

Happy Christmas to you all...I love the progression of Santa pictures. Personally, I loved Santa SO much and did not understand at all those children who shrieked in fear at him.

Oh, and by the by...you're being too kind with "egg nog". I enlarged the photo after my earlier post. I'm going with quaaludes and glue. Seriously, Santa...you done put yo' damn self on the Naughty list.

VillageQ has started an on-going feature where we interview readers and people listed in our blog directory as a feature community member. You can see some of our past VillageQ Community posts here: http://www.villageq.com/tag/villageq-community/. I was wondering if you would be interested in being featured?

So cute photos! Merry Christmas to you..

With Gain Credit Personal Loans, you can get instant loan/money for a wide range of your personal needs like renovation of your home, marriage in the family, a family holiday, your child's education, buying a house, medical expenses or any other emergencies. With minimum documentation, you can now avail a personal loan at attractive 3% interest rates. This is trust and honest loans which you will not regret, Contact us via Email: gaincreditloan01@gmail.com

these people are the best followers ever...

As we move through this process, we often talk about how we'll handle challenges that may be presented to us as parents. At the end of these talks we circle back to the same basic philosophy: our job isn't to create a person, but to support a person as they create themselves.

We appreciate the love and support of all of our friends and family as they travel down this road along side us. We can not wait to share this portion of our lives with you. 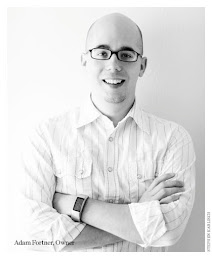 The following is being used as a 'place holder' of names that we have come across that have caught our attention. Some are creative, while others are out there with Gwenyth's 'Apple'. I feel like I need to place a disclaimer for some of you (and you know who you are) saying that just because the names are listed here, doesn't mean these are names we are serious about. Instead of collecting these from you all in emails, napkins, post-it notes, bill envelopes, etc., I've decided this was the best place for it... I mean, this is a baby blog, right?

It's Daddies. Plural.
We are Paul & Chris... and we became Daddies (yes, plural) of Kensington Grace on 12/25/2008. This blog is about two dads, gay adoption and life with our princess. You can also find great resources on adoption portfolios / profiles, gay fatherhood, gay marriage, Friends In Adoption, and other items that cross our paths.

other notable blogs and sites...